Overweight and Obesity is a serious, chronic disease that can have a negative effect on many systems in your body. People who are overweight or obese have a much greater risk of developing serious conditions like : 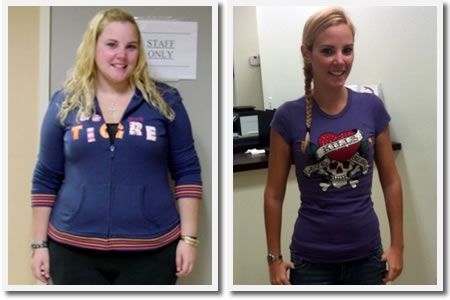 It causes weight loss by restricting the amount of food that can be eaten without any bypass of the intestines or malabsorption. This procedure generates weight loss solely through gastric restriction (reduced stomach volume). In this procedure, a narrow tube of the stomach, approximately the same diameter as the esophagus and duodenum is fashioned by dividing it vertically. 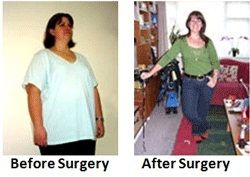 Gastric Bypass Roux-en-Y reduces the capacity of the stomach by creating a small stomach pouch. The small space holds only one ounce of fluid. The pouch is physically separated from the rest of the stomach. Then, the surgeon cuts the small intestine and sews part of it directly onto the pouch. This connection redirects the food, bypassing most of your stomach and the first section of your small intestine.

Food enters directly into the second section of your small intestine, limiting your ability to absorb calories. Even though food never enters the lower part of your stomach, the stomach stays healthy and continues to secrete digestive juices to mix with food in your small intestine.

So this will make you feel full stomach after eating a small amount and you will stay satisfied for a long time. The surgery can be done laparoscopically.

Laparoscopic adjustable gastric band, popularly known as ” lap band ” The procedure entails placing an inflatable silicone device or band around the top portion of the stomach, which reduces the capacity of the stomach, resulting in lesser food intake and thus promoting weight loss . Laparoscopic adjustable gastric banding leads to loss of about 40% of excess weight, on average . The procedure helps with weight loss by restricting the amount of food the stomach can hold …Click Here to Know More

What People Say about Us – Patient Testimonial 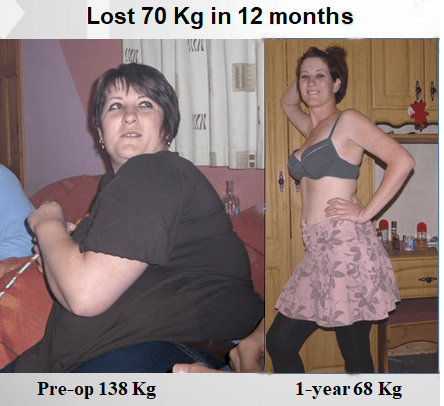 I first learned about Bariatric Weight Loss from an American TV show (60 minutes). But it was so expensive in USA and Mexico, I then went to the Internet and searched for more cost effective options. SafeMedTrip.com website came up with so much of useful information. I sent e-mails off with my specific problem outlined. Almost instantly I received a response asking for more details about my health and that was was immediately followed by a pdf file having so all the information about this world class surgery centre at New Delhi. I was approved for surgery and SafeMedTrip Case Manager guided me to make all arrangements to fly to India and have the procedure done.

I am so glad I took that decision and I got this surgery. Now Two Months later, I have already lost 19 Kgs and am losing weight rapidly. There have been no diffculties and I attribute this to the skill of the surgeon and staff who have worked so hard to give me the quality of my life back and show me a vision for a health future. The staff at the hospital are all smiles and very helpful. Already the weight lost so far has reduced knee joint pains that I suffered earlier for many years. I would recommend this option to anyone as its available at the prices you can afford and the hospital and doctors are truly world class.

How Can You Get a Free Expert Opinion from Top Weight Loss Specialists in India ?

Once you Decide, We help to Schedule appointments, Apply for Medical Visa, Airport Pick up, Post Hospital Stay

Get Free Consultation From Top Doctors In India On WhatsApp
Use your Smartphone and take a picture of the patient’s medical reports with your phone camera and send to us by
WhatsApp on +91 98 9999 3637
Expert Medical Opinion and Treatment Estimate shall be sent with 48 hours. It’s a Free, No-Obligation Service from SafeMedTrip.com
Click Here to Call Us or Message Us on WhatsApp
Invaluable Benefits you will get from SafeMedTrip.com

"The UK's first large-scale study on the impact of weight-loss surgery has reported a large reduction in type 2 diabetes and other health problems.

The National Bariatric Surgery Registry said type 2 diabetes fell by 50% and on average patients lost nearly 60% of their excess weight a year after surgery, based on 1,421 operations. The Royal College of Surgeons says the NHS should prepare for rising demand.

The report says the world has been engulfed by a pandemic of obesity. In the UK, it says there are about one million people who could benefit from bariatric surgery - which includes gastric bypasses and gastric bands.

There were also improvements in blood pressure and in everyday tasks such as climbing stairs. "Prevention strategy alone has proved ineffective; there are at least two generations of morbidly obese patients who are now presenting with diabetes, stroke, heart disease and cancer for whom preventative measures are utterly irrelevant."