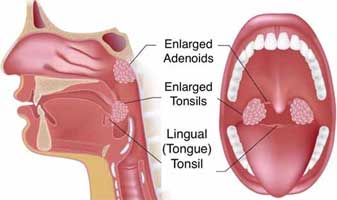 Tonsillectomy is the procedure to get relief from the swollen painful tonsils affecting your breathing and eating. Coblation Process is the newest minimally invasive tonsillectomy procedure to get rid of painful tonsils. The process is controlled and utilizes radiofrequency energy to break the tissue bonds in the tonsils to cause it to disintegrate at molecular level. There is minimal damage to the surrounding tissue. The radiofrequency energy also seals the wound resulting in minimal postop bleeding. The recovery is less painful and faster and in fact the patient can begin eating within a week. There are no cuts. It can be performed in children and adults.Partial tonsillectomy involves removal of most of the lymph tissue while the rim is left behind. The procedure has lesser postsurgical pain and faster recovery. It is generally done in children below 3 years of age. There are chances of regrwth of tonsillar tissue.

When is Coblation Tonsillectomy recommended?

How is it performed

It’s a quick surgery that takes less than an hour and is usually performed as an outpatient procedure. Patient is sedated under general anesthesia. In this new technology, radio-frequency (RF) energy is applied to a conductive medium like salinewhich causes a buildup of highly focused plasma field around the energized electrodes and is comprised of highly ionized particles. These ionized particles have the rightamount of energy to break bonds within tissue. Instead of exploding tissue as in cauterization, Coblation causes a low temperature disintegration of tissue at molecular level. This does not damage the nearby healthy tissues. 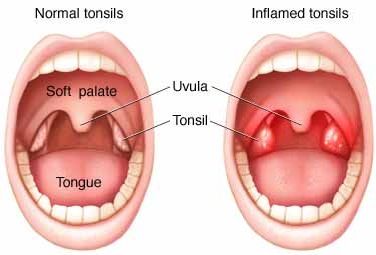 The traditional approach consists of scooping the tonsils with the help of a surgical scalpel and is called as the Cold surgery. Though this procedure removes the tonsils but it there is more tendency to bleed after this procedure. Cauterization is another traditional approach used commonly in which the tonsillar mass is burnt using excess amount of heat energy. The high energy also seals up the wound. Though the postop bleeding is less but surrounding healthy tissue may get charred because of the excessive heat.

Since it is a day procedure, the patient can go home the same day. He is advised rest with elevation of the head to avoid swelling. The patient can consume soft cool fluids, mashed foods but nothing scratchy or hard that can irritate the throat. No exertion like running or lifting heavy loads till at least two weeks after surgery to prevent bleeding. Postsurgical pain and soreness go away in a week’s time and patient can return to normal activities in about two weeks. A bout or two of vomiting after surgery is normal as it is due to the effect of general anesthesia.

I had so many apprehensions and concerns prior to coming to India for surgery that I needed badly to regain my health. "Thanks for your always prompt responses to my volley of questions and concerns. I could not have managed even a step without your staff's excellent care.

I couldn't be happier with the Indian hospitals, surgeon, physicians and their expertise. Everyone is very professional yet compassionate. All staff nurses and doctors are very attentive. My stay during treatment in India was very comfortable

Thanks you all and God bless you