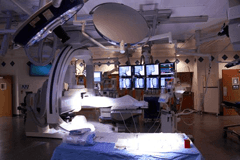 Endovascular Neurosurgery or Interventional Neuroradiology is a medical speciality in which minimally invasive diagnostic and therapeutic procedures for cerebrovascular disorders are performed under radiological guidance. It is somewhat similar to the treatment carried out in the heart by cardiologists, such as angioplasty or stent placement. In these procedures, very thin catheters or wires are placed through blood vessels in groin and navigated in the blood vessels to the site of the abnormal vessels.

This is followed by diagnostic or therapeutic procedures. These procedures are done instead of open surgery and in some cases to supplement the conventional surgery. Since these procedures avoid open surgery, it leads to better outcomes and shorter recovery times. Neurointerventions play a crucial role in diagnosis and management of brain aneurysms, stenosis of arteries such as carotid arteries, Arteriovenous malformations, acute ischaemic stroke.

Why Endovascular NeuroSurgery at World Class Hospital in India 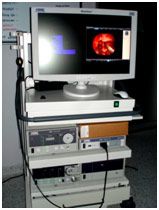 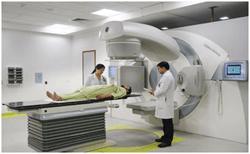 Conditions in which Interventional Neuroradiology / Endovascular Neurosurgery is Performed

DSA (Digital Subtraction Angiography) is considered as the ‘gold standard’ investigation to diagnose diseases of blood vessels and is performed when a vascular disease is suspected.

Aneurysms are focal swelling of blood vessels, which can burst and cause bleeding in the brain. Endovascular coiling can treat these aneurysms, thus avoiding open surgery. Studies have shown that coiling treatment leads to better outcomes as compared to open surgical clipping. 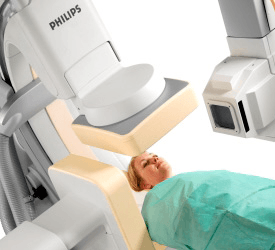 This procedure is done to treat stenosis in arteries of brain (including carotid, vertebral, intracranial arteries). Many cases of stroke occur due to stenosis in arteries leading to brain. They can be treated non-invasively by endovascular route with an angioplasty or stenting procedure. Many of these procedures are performed under local anesthesia with reduced morbidity.

Acute stroke or brain attack usually occurs due to blockage of arteries of the brain. Appropriate patients can be treated by placing a micro-catheter at the site of blockage followed by administration of thrombolytic drugs, which dissolve the blocking material. Mechanical clot removal can be done in patients even who come many after the stroke. 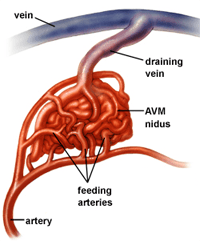 Arteriovenous Malformation (AVMs) of brain are malformed swollen blood vessels, which can cause bleeding in brain, seizures and headache. AVMs can be treated by injecting “glue” or “onyx” through a microcatheter placed precisely into these abnormal blood vessels.

One of the major problems in surgical removal of intracranial tumour is bleeding during the surgery. Interventional Neuroradiologist can help the surgeon by preoperative endovascular occlusion of the blood vessels supplying the tumour. This will reduce the bleeding and facilitate the surgery. 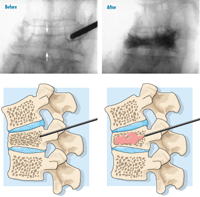 With age, bones become weak and collapse of bones (vertebrae) in the spine is one of the major causes of severe back pain in the elderly. Vertebroplasty is a revolutionary treatment in which “bone cement” is injected through a needle placed into the broken bone so as to stabilize the vertebra and to reduce the pain.

Epilepsy is a condition that can be well controlled in a vast majority of patients. However, 5-10% patients do not achieve adequate seizure control despite trial of best anti-epileptic drug combinations. Such patients are categorized as having refractory or intractable Epilepsy. These patients require special evaluation for treatments other than medical management alone. Read More…

How Can You Get a Free Expert Opinion from Top Endovascular Specialists in India ?

"My journey and my experience of getting Neurosurgery Treatment in India were amazing.The wonderful surgeon and post-op. neurologist made me feel that I am in most caring and safe hands though honestly, I was anxious before the surgery. The neuro- physiotherapy and recovery was pretty smooth. ...Read More

1. State of the art Operation theatres designed as per international standards with central supply and laminar airflow , stainless steel cladding on walls and epoxy coating on the floor for electro static and infection free environment is equipped with specialized electrically operated tables, operating lights and anesthesia machines etc.