Why you should choose India for Affordable, World Class Ovarian Cancer Treatment

World’s Lowest Cost Cancer Treatment Packages. Best quality Drugs, Medicines and Consumables for Ovarian Cancer Care are produced in India at lowest cost and exported all over the world.

Ovarian cancer is often termed as a “Silent Killer” because its symptoms do not cause any alarm among the women until it has reached at an advance stage. Early detection of ovarian cancer offers a 90% cure rate. Sadly, lack of symptoms from this silent disease means that about 75% of ovarian cancer cases may spread to the abdomen area by the time they are detected. 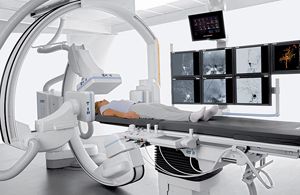 The main treatments for ovarian cancer are surgery, chemotherapy, and radiation therapy. In some cases two or even all of these treatments will be recommended.

Surgery for Ovarian Cancer: The surgeon may usually perform a Laparotomy (through an abdominal incision) or Laparoscopy Assisted Biopsy (Minimally Invasive procedure where a tube containing a light and camera is inserted into the pelvic cavity through a small incision).

Chemotherapy: Involves modern cancer drugs that are administered intravenously or orally to kill cancer cells and to reduce the chances of the tumour returning elsewhere in the body. 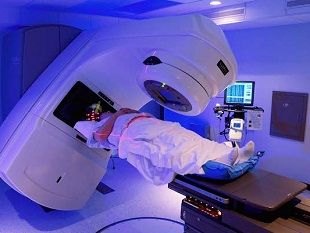 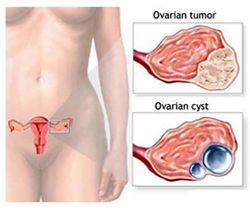 Symptoms of ovarian cancer are not specific to the disease, and they often mimic those of many other more-common conditions, including digestive and bladder problems. 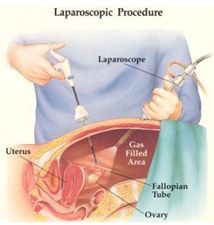 This is definitely the treatment of choice for early Ovarian cancer. The procedure is also useful in certain cases of recurrent Ovarian cancer that require extensive radical resection, including partial or complete exenteration or removal of the pelvic organs.

If the tumor appears to be confined to the ovary, your doctor may recommend a minimally invasive procedure called laparoscopy for biopsy and tumor removal. It allows the surgeon to remove all or parts of your tumor using several small incisions rather than one large incision.

A thin, lighted tube with a camera at its tip (called a laparoscope) is inserted through a tiny incision in the abdominal wall. Guided by the highly magnified image generated by the camera, the surgeon can take a sample of the tissue using specially designed surgical instruments. Like the open surgical procedure laparotomy, laparoscopy can be used to stage (to determine the extent of the tumor) and to remove cancerous tissue.Get Estimate 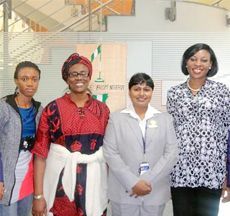 I had so many apprehensions and concerns prior to coming to India for surgery that I needed badly to regain my health. “Thanks for your always prompt responses to my volley of questions and concerns. I could not have managed even a step without your staff’s excellent care.

I couldn’t be happier with the Indian hospitals, surgeon, physicians and their expertise. Everyone is very professional yet compassionate. All staff nurses and doctors are very attentive. My stay during treatment in India was very comfortable