You Can Indeed Prevent Cervical Cancer With Knowledge, Awareness And Timely Action 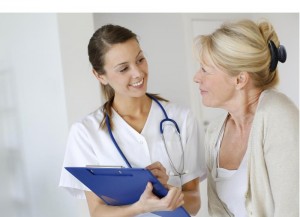 Screening for cervical cancer is the most effective method of detecting it at an earlier asymptomatic stage. Screening aims to reduce the number of women who die from this condition as it provides an opportunity for early diagnosis and treatment. This is particularly relevant in India where cervical cancer is mostly detected when the symptoms of advanced stage appear. 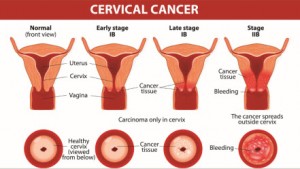 Despite existence of national guidelines, the screening coverage in India is not effective. Most women are either ignorant about the screening tests or for various other reasons do not undergo screening. The onus of preventing cervical cancer is on the women themselves. They should increase their own and society’s awareness about screening. Cervical screening is a method of examining cells from the cervix (the lower part of the womb).Screening detects pre-cancerous abnormal cells. Once detected early, the chances of these cells to convert to frank cancer are minimised.

Cervical screening aims to screen all women between the ages of 25 and 64 years. A three-yearly screening for the age group between 25 and 49 years and a five yearly screening between the age group 50 and 64 years is recommended.  Women who have had a total hysterectomy to treat cancer or who had cervical intra-epithelial neoplasia (a type of change in cervical cells that can lead to cancer) at the time of having a total hysterectomy , may need another type of test called a vault smear  (sample of cells are taken from the vagina, close to where the cervix used to be).

Women should be made aware of the benefits of undergoing regular cervical screening tests and should be offered the same.

Women at 65 and above years of age should undergo screening only if they haven’t been screened since the age of 50 years or if they recently had abnormal tests. Women aged 65 and over whose last three test results were normal do not require further cervical screening tests. As the risk of cervical cancer is very low in women who have never had sex, women in this category may opt not to have cervical screening. Cervical screening tests are not usually recommended in pregnancy . After giving birth, women should wait until three months before having a screening test.