Most Advanced Uterine Cancer Treatment at World-class Hospitals in India

Uterine cancer is the most common cancer of a woman’s reproductive system. Uterine cancer begins when normal cells in the uterus change and grow uncontrollably, forming a mass called a tumor. A tumor can be benign (noncancerous) or malignant (cancerous, meaning it can spread to other parts of the body). 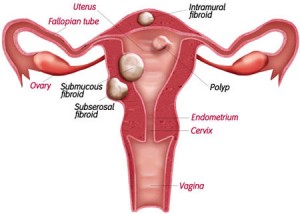 Trials are on to find new surgical and medical methods of treatment for uterine cancer.

Few trials are going on to study the combined effect of chemotherapy and radiotherapy (external beam radiotherapy) on stage 2 and 3 uterine cancer patients rather than giving each treatment alone. The combo therapy showed delayed relapse and overall increased survival rate in high risk patients with advanced stage endometrial cancer. Another set of trials are being conducted to see the efficacy of vaginal brachytherapy on intermediate risk patients in whom the endometrial tumor is restricted to the vagina only. Rapid progress has also been made in incorporating minimally invasive surgical techniques into the management of women with endometrial cancer. As many women with endometrial cancer present with significant medical co-morbidities including obesity, diabetes, hypertension and advanced age, laparoscopy may decrease their surgical risks while preserving outcome. Several investigators have shown that laparoscopic or laparoscopically assisted vaginal hysterectomy with lymphadenectomy (removal of surrounding lymph nodes) is feasible and associated with acceptable side effects. Recent reports have also examined robotically assisted hysterectomy in the treatment of gynecologic malignancies.

• Conization : Conization, also called a cone biopsy, is a procedure that is used to remove a cone-shaped piece of tissue from the cervix and cervical canal. A pathologist will view the tissue under a microscope to look for cancer cells. This type of surgery may be used to diagnose or treat a cervical condition.
• Total Hysterectomy : A Total Hysterectomy is a surgical procedure that is used to remove the uterus, including the cervix.

Chemotherapy is the use of drugs to kill cancer cells, usually by stopping the cancer cells’ ability to grow and divide. Systemic chemotherapy is delivered through the bloodstream to reach cancer cells throughout the body. Chemotherapy is given by a medical oncologist, a doctor who specializes in treating cancer with medication. A chemotherapy regimen (schedule) usually consists of a specific number of cycles given over a set period of time.

Hormone therapy is used to slow the growth of uterine cancer cells. Hormone therapy for uterine cancer involves the sex hormone progesterone, given in a pill form which reduces the amount of the hormone estrogen in a woman’s body by stopping tissues and organs other than the ovaries from producing it. Hormone therapy may be used for women who cannot have surgery or radiation therapy or in combination with other types of treatment.