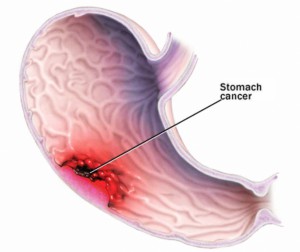 • Adenocarcinoma of the Stomach:

Squamous cells are the skin like cells that lie between gland cells to make the stomach lining. These cancers are treated in the same way as adenocarcinomas.

• Lymphoma of the Stomach:

Lymphoma is another type of cancer altogether. It is very rare. There is a whole section on non Hodgkin’s lymphoma, which will be more relevant to you if you have been diagnosed with lymphoma of the stomach.

GISTs can be cancerous or non cancerous (benign). These rare tumours develop from the cells of the connective tissue that support the organs of the digestive (gastrointestinal) tract. Most are found in the stomach.

Neuroendocrine tumours (NETs) can be cancerous or non cancerous. They grow in hormone producing tissues, usually in the digestive system. They are rare, but the most common is carcinoid tumour.

How are Stomach Cancers Diagnosed 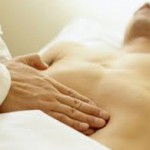 • Physical Exam and History :An exam of the body to check general signs of health, including checking for signs of disease, such as lumps or anything else that seems unusual.A history of the patient’s health habits and past illnesses and treatments will also be taken.

• Blood Chemistry Studies :A procedure in which a blood sample is checked to measure the amounts of certain substances released into the blood by organs and tissues in the body.

• Upper Endoscopy :A procedure to look inside the esophagus, stomach, and duodenum (first part of the small intestine) to check for abnormal areas.

• Biopsy :The removal of cells or tissues so they can be viewed under a microscope to check for signs of cancer. A biopsy of the stomach is usually done during the endoscopy.

• CT Scan (CAT Scan) :A procedure that makes a series of detailed pictures of areas inside the body, taken from different angles. The pictures are made by a computer linked to an x-ray machine.

Treatment of Stomach Cancer at World Class Hospitals in India Surgery : The goal of surgery is to remove all of the stomach cancer and a margin of healthy tissue, when possible. Options include: