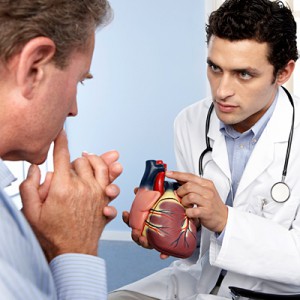 A young man with a rare manifestation of a common problem was put on the road to recovery by doctors at safemedtrip affiliated hospital using advanced technology and care in the area of electrophysiology to set right abnormal electrical circuits in the young man’s heart, treating him from a near fatal condition. He was brought to the hospital after an ECG done by his general physician that showed an abnormality in the heart.

Young people often ignore telltale signs of heart trouble because of lack of awareness and put their symptoms down to exertion or acidity. The 32-year old patient did not pay attention to the frequent episodes of rapid heart palpitations that he was experiencing since the last two years. Investigations revealed that he was suffering from a condition called WPW (Wolff-Parkinson-White Syndrome, simply said a short circuit of the heart) along with atrial fibrillation (an irregular heart rhythm characterized as disorganized, rapid, and irregular) that can be extremely dangerous and even fatal if not treated on time. Electrophysiologists (doctors trained in the treatment of electrical circuits of the heart) at the hospital used state-of the art equipment for the first time in South Asia to conduct Cardiac Ablation, a procedure that destroys these short-circuits to restore normal rhythm.

Two years ago, the patient had no inclination that the pounding feeling he would get in his chest once in a while was anything to be taken seriously and get evaluated by the doctor. In January 2013, he experienced a severe bout of palpitations and his heart rate was between 250-300 (average bpm being 72-100). He also vomited 12 times. His family members thought that he had acidity and gave him lot of local remedies. He felt very weak and almost lost consciousness. The patient’s condition got worse in the last 2-3 months and a week ago, he consulted a family doctor, who did an ECG test and referred him to the hospital.

“The Patient was diagnosed with short circuit in the heart. His heart rate was more than 300 bpm (beats per minute). This situation could be fatal but our patient is lucky to have survived such episodes. Atrial fibrillation is a common arrhythmia and in the presence of WPW syndrome, it can be fatal,” said Consultant Cardiologist and Electro-physiologist. 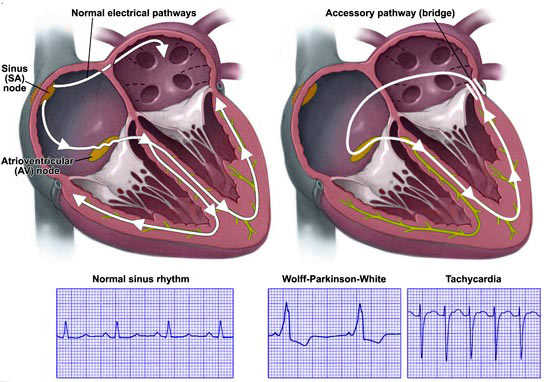 A normal heartbeat is controlled by a smooth, constant flow of electricity through the heart. The regular pattern of electrical impulses causes the heart to fill with blood and contract in a normal fashion. A short-circuit anywhere along this electrical pathway can disrupt the normal flow of signals, causing an arrhythmia (an abnormal heartbeat).

WPW is an electrical abnormality of the heart that occurs when the separation of the cardiac chambers is not electrically complete. This abnormality is present by birth. Short circuits in the heart are seen in 1-2 out of 1000 people in the general population. Recognising such ailments early and seeking help from specialists make a big difference in the quality of life and sometimes could be life saving as in this case.

Electrophysiologists performed ablation on the patient after doing an EP study. Catheters (narrow, flexible tubes) are inserted into a blood vessel, often through a site in the groin (upper thigh) or neck, and guided through the vein until they reach the heart. Small electrodes on the tip of the catheters stimulate and record the heart’s activity. This test, called an electrophysiology study, allows the doctor to pinpoint the exact location of the short circuit. Once the location is confirmed, the short circuit is destroyed or blocked (to prevent it from sending faulty signals to the rest of the heart). This is done by sending energy through the catheters which generates heat at the tip, to destroy a small amount of tissue at the site of contact.

“This is the first case done on the state-of-art equipment Workmate Claris and Ampere RF generator. This is a new generation radio frequency generator that we have used for the first time in South Asia. This system provides fibre optic cable technology in EP system, which gives clean, crisp signals by eliminating noise from the equipment in the cath lab. This helps the electrophysiologists to perform cases with high level of confidence and accuracy.In patients with incessant tachycardia, ablation could prevent heart failure and like in this scenario it could prevent syncope and cardiac arrest.

The patient has completely recovered from his symptoms and is leading a normal life.