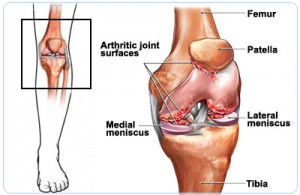 When girls like to roam around and enjoy college life with friends, Reena(name changed) was confined to her room. Barely able to walk after being afflicted by Rheumatoid Arthritis at the tender age of 17, she saw her life as well as her dreams coming to a crippling halt.

Reena, now a school teacher, lived with the severe pain for 20 years that left her almost immobile. Blessed, however, with strong will, she never gave up and braved her condition with a smile. As the saying goes ‘God helps those, who help themselves’, Reena found a new lease of life at SafeMedTrip affiliated world class hospital in India. They performed total knee replacement surgery on both her knees and now she is not only able to walk, but also climb stairs and even drive.

Rheumatoid Arthritis can lead to crippling deformities in joints and unlike osteoarthritis, which happens in later ages, it can happen at any age. It is the second most common type of arthritis, in which patients require a knee replacement surgery. 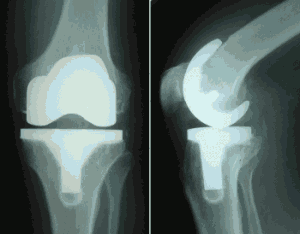 Despite many advances in the medical treatment, if Rheumatoid Arthritis affects a person, severe joint damage may happen in spite of medications. Often such patients have to undergo replacement surgery of multiple joints for pain relief and to regain normal functional life .For Reena, the pain was traumatic as she developed painful and stiff joints, despite regular medication. The disease progressed with time, affecting both the knees. Gradually, her knees developed deformities, became very stiff and remained painful even at rest.

Both her knees lost all movement and were fixed in a bent position. She had started walking laboriously with a marked limp, which was affecting her physically as well as emotionally. In her quest to remain mobile, she tried rigorous physiotherapy and even took injections in the knee joints, but in vain. She was given the option of knee replacement surgery as a last resort to restore movements, relieve pain and improve walking. Since, she was nearly half the age as compared to a typical patient undergoing knee replacement, in her case Oxynium implant was suggested to her instead of a standard metal implant.

“Oxynium implants are preferred in young patients undergoing knee replacement as they are stronger than metal implants and are expected to last longer. I performed the replacement of Reena’s both knees using a modified surgical technique to account for stiff and tight muscles, deformed and weak bones. The rehabilitation was carefully planned and done under regular supervision, leading to a very quick recovery. Reena’s colleagues were left amazed when she resumed work three months after the surgery. Her condition changed completely, to everyone’s disbelief.

The only thing that didn’t change is her infectious smile.