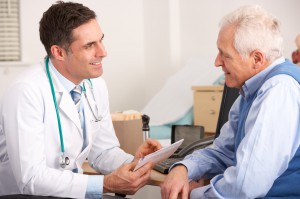 While a growing number of men diagnosed with early-stage, slow-growing prostate cancer opt for no immediate treatment. Most men diagnosed with the cancer especially those under age 60 who are in good health with a long life expectancy choose to have their cancer treated without delay with either surgery or radiation.

If you’ve been diagnosed with prostate cancer and determine that immediate treatment is best for you, your next step is deciding which form of treatment to have.

There are two standard ways to treat prostate cancer that has not spread beyond the prostate gland:

• Surgery to remove the prostate gland which is called radical prostatectomy. 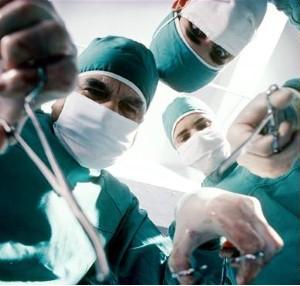 Both of these treatment options are associated with a variety of potential complications and side effects. The most common complications of surgery include leakage of urine or stool, impotence and shortening of the penis, according to the research. Surgeons now routinely perform nerve-sparing surgery that can save the nerves that control erection, which has reduced impotence rates.

But men with very large tumors or tumors very close to the nerves may not be able to have this surgery. Radiation therapy can also cause impotence and urinary incontinence, but whether these occur at equal or lesser frequency than for surgery remains unknown.

Rates of these side effects can vary based on the expertise of the surgeon or radiologist. “Treatment specialists should be able to tell you their rate of side effects in their particular patient population,” says oncologist and director of adult urology at a leading Hospital in United States.

If a man has good erectile function and is sexually active before treatment, doctor says, he should expect to enjoy those functions after surgery or radiation with about 80 percent confidence. Continence should be 95 percent or higher in those without any history of bladder control problems.

Determining whether to opt for surgery or radiation is largely a matter of a man’s personal preference. Surgery involves, well, surgery, which some patients prefer not to have. Others may prefer the one-shot removal of their tumor offered by surgery as opposed to weeks of radiation treatments. Those with an early cancer that is growing rapidly might do best with multiple treatment regimens such as surgery followed by radiation along with androgen deprivation therapy.

“With treatment, I don’t think we know anything more now than we did five or 10 years ago about which way to go in terms of surgery or radiation,” says director of the Oncology at a leading Cancer Institute.That’s because of a dearth of clinical trials comparing the two approaches to see which is more effective at preventing the spread of prostate cancer. 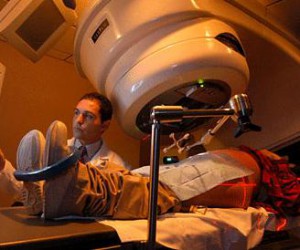 With surgery, patients can choose between an open incision radical prostatectomy and a newer robot-assisted procedure, performed through five or six tiny “keyhole” cuts in the lower abdomen. Surgeons manipulate robot-like fingers through these small incisions to remove the prostate and surrounding lymph nodes without having to cut through as much healthy tissue. The main advantage of this robot-assisted prostatectomy is generally a shorter hospital stay and faster recuperation time.

Some surgeons could also perform a laparoscopic prostatectomy, which involves making mid-size cuts about a half inch each in the abdomen in which tiny cameras and surgical tools are inserted to remove cancerous tissue.

Which surgery a patient is offered often depends on what surgeons feel comfortable performing based on their own experience. “The likelihood of curing your cancer and having as few post-surgery complications as possible depends on the skill and experience of the surgeon, not whether the surgery is done open or with a robot.