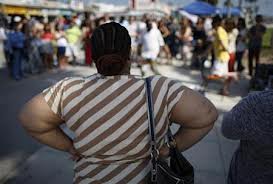 People who are overweight and those infected with hepatitis C are at an increased risk of developing deadly liver cancer, say scientists.The studies illuminate the importance of identifying people with risk factors in certain populations to help catch the disease in its early, treatable stages.

The study  found that HCC, which two decades ago tended to be caused by liver-scarring diseases such as cirrhosis from alcohol consumption, is now occurring as a consequence of hepatitis C infection. The liver scarring from hepatitis C can take 20 to 30 years to develop into cancer. We’re now seeing cancer patients in their 50s and 60s who contracted hepatitis C 30 years ago and didn’t even know they were infected

The studies, which included people living with viral hepatitis infection, confirmed that excess weight was an independent risk factor for liver cancer. In other words, the risk was heightened regardless of whether or not someone had hepatitis B or hepatitis C.  And while hepatitis C further increased the risk of liver cancer in people who were overweight or obese, hepatitis B did not. BMI can be calculated by multiplying a person’s height in inches by height in inches (e.g., 69 X 69). The sum (e.g., 4761) is then divided into the person’s weight in pounds (e.g., 170/4761). This sum (e.g., 0.036) is then multiplied by 703, which yield’s the person’s BMI:  25 mg/m2. A BMI above 30 is considered obese. Eleven percent of cases were linked to obesity, in particular fatty liver disease. It’s a small percentage of cases overall. But with the nationwide obesity epidemic, we believe the rates of liver cancer may dramatically increase in the foreseeable future

What is Liver Cancer ? The Liver continuously filters blood that circulates through the body, converting nutrients and drugs absorbed from the digestive tract into ready-to-use chemicals. The liver performs many other important functions, such as removing toxins and other chemical waste products from the blood and readying them for excretion. Because all the blood in the body must pass through it, the liver is unusually accessible to cancer cells travelling in the bloodstream.