HIFU prostate cancer treatment is one of the most rapidly growing treatment methods around the world. HIFU stands for High Intensity Focused Ultrasound. The adv 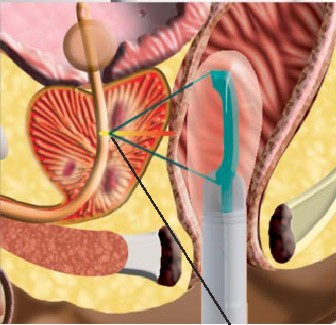 antage of using HIFU prostate cancer treatment is that it is very precise and does not come with side effects. HIFU treatment uses high frequency ultrasound energy to heat and destroy cancer cells in your prostate gland. When high frequency sound waves are concentrated on body tissues, those tissues heat up and die. To use this as a cancer treatment, the specialist targets the area containing the cancer. Because the prostate is deep within the pelvis, you have HIFU for prostate cancer by putting an ultrasound probe into your back passage (rectum). Doctors call this a transrectal probe. From that position, the ultrasound can direct beams accurately at the prostate.

Results from trials have suggested that HIFU can be a successful treatment for prostate cancer. Doctors have used it for cancer that has just been diagnosed, or for cancer that has come back in the prostate after earlier treatment. But we need to be sure that the long term results will be as good as the treatments used currently. HIFU hasn’t been around long enough for us to know that yet.

Currently, HIFU is only used as part of clinical trials for men with localized prostate cancer (cancer that hasn’t spread outside of the prostate). This is because there isn’t enough evidence on quality of life and long-term survival (beyond five years) for HIFU, in comparison with other treatments. If you have an enlarged prostate and your urologist (a doctor who specializes in identifying and treating conditions that affect the urinary system) recommends you for HIFU, you may be offered another type of treatment beforehand to shrink the gland. For example, you may be given hormone therapy, or a procedure called transurethral resection of the prostate

HIFU takes up to three hours, but this depends on the size of your prostate and how much of it is being treated.Your surgeon will pass a lubricated probe into your rectum. During the procedure, precisely focused ultrasound waves raise the temperature of the targeted prostate tissue to 195 degrees Fahrenheit in 2-3 seconds. This rapid-firing heat destroys the targeted tissue while leaving structures outside the targeted tissue unharmed. The probe will have a cooling balloon around it to protect nearby areas from the high temperature.


To know more about HIFU Treatment in India please visit this link : http://safemedtrip.com/medical-services/advanced-technology-treatment-in-india/high-intensity-frequency-ultrasound-hifu-treatment-of-prostate-cancer.html
Get Expert Opinion from India's Best Doctors.