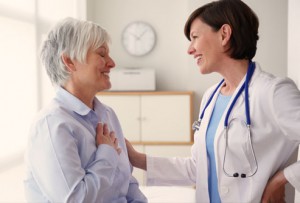 Doctors have come up with a new Ozone Treatment that they hope will help the thousands of patients with herniated discs.

Slipped discs’, as they are sometimes called, occur when one of the soft cushions that rests between the bones of the back ruptures and slips out between the vertebrae. The disc material can then push on spinal nerves, sending pain down the back and legs.

The vast majority of herniated discs occur in the lower backs of older patients, either because of muscle strain injuries or simply through general wear and tear. The injury typically means months or years of painkillers, steroid injections, and bed rest. In some cases, surgery is needed to remove the disc altogether.

But now, a Canadian Doctor has invented a device called the AO-1000 that he hopes will give 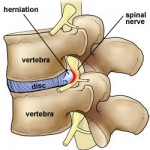 patients another option. The device takes oxygen and turns it into ozone gas and then sends it through a needle into the herniated disc. The ozone helps shrink the disc and allows it to pull away from spinal nerves. It interacts with a protein in the jelly centre of the disc and breaks it down into carbon dioxide and water.

The entire procedure takes less than an hour and is far less expensive and risky than surgery. It is a cheap, cost-effective way of doing things that is minimally invasive. It was found that oxygen/ozone treatment of herniated discs is an effective and “extremely safe” procedure.

One of the patient benefiting with this device, is shared below. Not long ago he was having trouble moving because of pain from a herniated disc. Then he had the treatment last July. The day after he had the ozone injection treatment, it felt like he never had a back problem.