Why you should choose World Class Hospitals in India for Most Advanced Treatment for Prostate Cancer?

World’s Lowest Cost Cancer Treatment Packages. Best quality Drugs, Medicines and Consumables for Prostate Cancer Care are produced in India at lowest cost and exported all over the world. 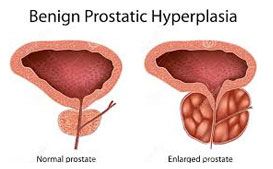 Benign Prostatic Hyperplasia is non-cancerous enlargement of the prostate gland. It is often used interchangeably though incorrectly with another term – Benign Prostate Hypertrophy.

Prostate, a walnut shaped gland is a part of male reproductive system and is situated in front of the rectum and below the bladder. It surrounds the urethra.

This condition commonly affects the elderly male population above the age of 60 years and involves an increase in the number of cells of the prostate gland leading to its enlargement. The enlarged prostate gland compresses the urethra leading to interruption of normal urine flow leading to urinary retention.

• Lifestyle Modification : certain steps like reduced water intake during nighttime, reduction of alcohol and caffeine intake and minimizing the dosage of certain drugs which increase the symptoms like decongestants, opiates, antihistamines, diuretics and antidepressants after due consultation with a medical professional.

• Medications : Alpha blockers (like terazosin, doxazosin etc.) are prescribed in this condition as they relax the smooth muscle of the bladder and prostate and hence resolve the urinary obstruction.

The other group of drugs used, are the 5 alpha Reductase inhibitors (finasteride and dutasteride) which reduce the production of dihydrotestosterone hormone which is known to be responsible for prostatic enlargement.

Both these group of drugs have few side effects in some cases like drop in blood pressure, headaches, nasal congestion, ejaculation changes and erectile dysfunction.

There are four Types of Laser Surgeries:

1. Green Light PVP Laser : This procedure uses green light to vaporize the prostate and useful for majority of patients with enlarged prostate. A tube with light and lens called the cystoscope is inserted into the penis. The laser beam is introduced through the cystoscope and directed towards the prostate. It creates high energy which vaporizes the excess tissue and relieves the urethral blockage. The procedure is done in a short time and the patient can go home the same day and resume daily non strenuous activities within a couple of days.

2. Holmium Laser : This is the most commonly used technique and is performed under general anaesthesia. The laser of 2140nm wavelength and 0.4mm penetration is introduced through the cystoscope that is inserted into the penis at the start of the procedure. The laser cuts and vaporises the enlarged prostate tissue and relieves urinary blockage. Some tissue pieces are directed to the bladder from where they are flushed out. The procedure is done in a short time and the patient can go home the same day or the next day and resume daily non strenuous activities within a couple of days. The procedure is relatively bloodless.

3. VLAP : This procedure has many disadvantages and has become virtually obsolete with the coming of Holmium Laser. The technique uses neodymium:yttrium-aluminum-garnet (Nd:YAG) laser which has a wavelength of 1064nm. The laser beam is directed towards the prostate gland via the cystscope. The beam generates a lot of heat which coagulates the gland tissue. The surgery is performed under regional or general anaesthesia. The technique was not popular among patients as the coagulated portion caused irritation. Also the urine catheter had to be kept for long. Soon this was replaced by Holmium Laser.

4. ILC : Interstitial Laser coagulation therapy was used to coagulate tumours which could not be cut and removed especially in the brain, neck, liver, pancreas etc. in this procedure the laser probe is in direct contact with the prostatic tissue and generates temperature of 60 degrees Celsius which destroys the cell protein. The destroyed cells are absorbed in due course of time and a shrunken prostate gland remains. The urethra is not affected. The procedure is performed under general or regional anaesthesia. The rigid laser probe is inserted through the cystoscope and pushed till it enters the prostate after which it is activated to produce the heat. The effect is localised to the prostate tissue only. 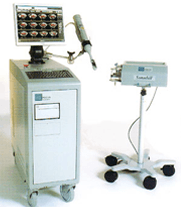 HIFU : High intensity focused ultrasound is the new treatment approach that has evolved for the treatment of prostate cancer. The focused high energy ultrasound beam is targeted towards the cancerous cells which may be very small or very big which results in intense heating up of these cells causing their death. Since this treatment does not involve any side effects that are seen with chemo and radiotherapy, it is fast gaining popularity among the patients. The patients can go home after a single night stay in the hospital. The surgery is carried out under general or spinal anesthesia.

The ultrasound probe is inserted through the rectum and emits high energy ultrasound towards the prostate gland which destroys the cancer tissue. The chance of recurrence is very less and side effects like erectile dysfunction and urinary incontinence are rarely seen. Hifu has been used successfully in Europe but is still in the clinical trial stage in United States.

After surgery, the patient is advised not to lift heavy weights or do strenuous work for 2-3 weeks and drink plenty of water. Regular physician checkup should be done as advised. Patients attain their pre-surgery status sooner in laparoscopic, laser assisted or robotic surgeries as compared to traditional open surgeries.

Why does it Happen – Causes

The exact cause of this condition is not known yet but there is a strong evidence that dihydrotestosterone which is a metabolic byproduct of testosterone is responsible for this condition. This hormone is present in outer cellular layer of the prostate gland and causes increase in the number of these cells. Because of this the enlarged prostate assumes a nodular appearance. People who are obese or eat very fatty food are seen to be more prone to this condition.

• Physical Examination : Palpation of the prostate gland through the rectum (Rectal Examination) shows an enlarged prostate.

• Transrectal Ultrasonography : In this a probe inserted in the rectum which directs sound waves at the prostate. The echo patterns of the sound waves form an image of the prostate gland on a display screen and give an idea on any abnormality. Needle biopsy can also be done along with this to rule out any cancerous growth in the testes, prostate or kidneys.

• Cystoscopy : During this procedure the physician introduces a scope into the urethra to visualize the inside of the urethra, urinary bladder and prostate and get information about its size and degree of bladder obstruction. The penile region has to be numbed before doing this procedure. Get Estimate 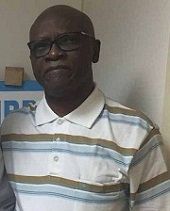 To discover that I suffered from enlarged Prostate which had some cancer involvement was quite a shock for me just after I turned 55 years last December. I then went to the Internet and found this website Safemedtrip.com amongst several others. I sent e-mails of my reports with my specific problem outlined to three sites.

Now just 2 weeks later, I am glad that I made a quick decision and I am feeling much better and walking unassisted and ready to return home. I attribute this to the world class technology here in India and the skill of the surgeon and staff who have worked so hard to get me back on my feet. The staff at the hospital were all smiles and very helpful. I enjoyed all my meals during my stay. I would recommend anyone who needs a Prostate Surgery to go for the Robotic option, it is a bit expensive but the pay offs are superb – less pain, quick recovery and no fear of complications. Thank you all and God bless you!