You deserve to get back to pain free, good quality life soon

If you have been advised spine neurosurgery your first choice should be the latest minimally invasive technique developed by our world class hospitals in India. Most advanced Technology like Intra Operative MRI, Brain Suite and Computer Assisted Navigation System are deployed by highly trained surgeons for accurate and safe Spine Surgeries through a small incision.

Why you should choose World Class Hospitals in India for Most Advanced Spine Surgery ? 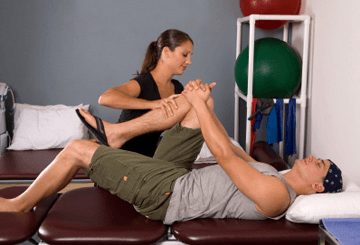 Cervical disc replacement is a surgical procedure that involves removing a damaged or degenerated cervical disc and replacing it with an artificial disc device. Cervical discs are the cushions or shock absorbers between the bones (vertebra) of the neck (cervical spine).

Artificial disc replacement (ADR) surgery—also known as a total disc arthroplasty or total disc replacement (TDR)—is typically performed for a patient with a cervical disc herniation that is causing significant neck pain and/or arm pain that has not responded to nonsurgical treatment options and is significantly affecting the individual’s quality of life and ability to function.

Loss of space between cervical vertebrae from cervical disk degeneration is elderly is now common. Cervical disks begin to collapse and bulge with age, this happens to most people by age 60 causing severe symptoms that affect day to day life with symptoms like Neck pain, stiffness, Pain that travels down into your shoulders or into your arms, Weakness of your shoulders, arms, hands, or legs and Numbness or “pins and needles” feeling in arms.

When these symptoms do not respond to nonsurgical types of treatment, disk surgery may be recommended.

Cervical disk replacement surgery involves removing a diseased cervical disk and replacing it with an artificial disk. Before this procedure was available, the affected disk was removed and the vertebrae above and below were fused together to prevent motion

The use of an artificial disk to replace natural cervical disk is a new type of treatment that has recently been approved by the FDA. Disk replacement surgery may have the advantage of allowing more movement and creating less stress on your remaining vertebrae than traditional cervical disk surgery. 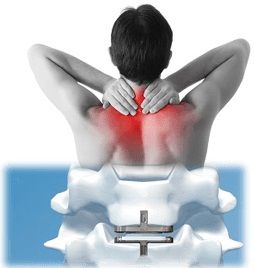 Want to explore more specialists?
Connect Me to Similar Specialists

We Assure Most Affordable Estimates with in 48 Hours from Top Minimally Invasive Cervical Disc Replacement Surgery Hospitals in India.

Patient Story – Mr. Chief Albert from Kenya came to India for his brother’s Disc Surgery that helped him get back to normal life

My elder brother was suffering severe neck pain for many years and the best of the local doctors in my home country were of the opinion that my brother needed a spinal disc replacement surgery. But there were no good hospitals or facility for such surgery available. So I started to search for hospital outside my country for the treatment. The hospitals in South Africa quoted a huge amount for the treatment which was beyond my reach. Then one of my friends told me about India. He told that there are good hospitals and doctors in India and the cost is low.

I searched on the internet and I found SafeMedTrip website. I filled up the form on the website. I got a call from the case manager and she told me to send the medical reports of my brother. I sent the reports by mail and the case manager got back to me with the opinion doctor and the treatment package. She was very kind and explained me in detail about the package and traveling to India for Spine surgery. The quote was affordable for us and I was impressed with the the profile of the Indian spine surgeon . The case manager helped me with the passport, visa and the air tickets which saved a lot of my time.

On the day I and my brother came to India We were received at the airport and directly taken to the hospital where a room was already kept ready for us. I had never seen such caring services in hospitals back home in my country. Without any delay my brother was seen by a team of doctors and a series of tests were carried out, surgery was planned and it was a success. We stayed in India for few more days for follow up. Overall it was a great experience. I thank everyone who helped me and my brother is back on his job and doing well now.