Why you should choose India for Affordable, World Class Cervical Cancer Treatment

World’s Lowest Cost Cancer Treatment Packages. Best quality Drugs, Medicines and Consumables for Cervical Cancer Care are produced in India at lowest cost and exported all over the world.

What is Cervical Cancer? 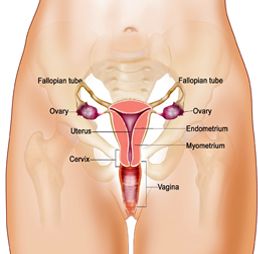 Cancer that forms in the tissues of the cervix (the organ connecting the uterus and vagina). It is usually a slow-growing cancer that may not have symptoms but can be found with regular Pap tests (a procedure in which cells are scraped from the cervix and studied under a microscope). Cervical cancer is almost always caused by human papillomavirus (HPV) infection.

Most cervical cancers (80 to 90 percent) are squamous cell cancers. Adenocarcinoma is the second most common type of cervical cancer, accounting for the remaining 10 to 20 percent of cases. Adenocarcinoma develops from the glands that produce mucus in the endocervix. It is less common than squamous cell carcinoma; the incidence of adenocarcinoma is on the rise, particularly in younger women. Most cervical cancer is caused by a virus called human papillomavirus, or HPV. You can get HPV by having sexual contact with someone who has it. There are many types of the HPV virus. Not all types of HPV cause cervical cancer. Some of them cause genital warts, but other types may not cause any symptoms. 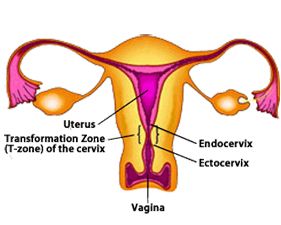 Using a scalpel, Gyneconcologist removes a cone-shaped piece of cervical tissue where the abnormality is found. A Pap test can detect abnormal cells in the cervix, including cancer cells and cells that show changes that increase the risk of cervical cancer.

Your doctor may also use a lab test called the HPV DNA test to determine whether you are infected with any of the types of HPV that are most likely to lead to cervical cancer. Like the Pap test, the HPV DNA test involves collecting cells from the cervix for lab testing.

If you experience signs and symptoms of cervical cancer or if a Pap test has revealed cancerous cells, you may undergo further tests to diagnose your cancer. To make a diagnosis, your doctor may:

During an exam called colposcopy, your doctor uses a special microscope to examine your cervix for abnormal cells. If your doctor identifies unusual areas, he or she may take a small sample of cells for analysis.

A cone biopsy so called because it involves taking a cone-shaped sample of the cervix – allows your doctor to obtain deeper layers of cervical cells for laboratory testing. Your doctor may use a scalpel, laser or electrified wire loop to cut away the tissue.Get Estimate

Treatment of Cervical Cancer at World Class Hospitals in India

Treatment choices for Cervical cancer may be a single therapy or a combination of therapies, such as: 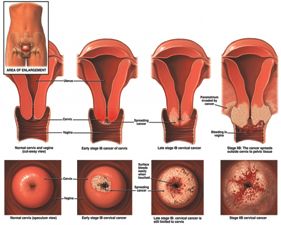 Surgery:
to remove the cancer. The type of surgery needed depends on the location and extent of cervical cancer and whether you want to have children. There are Various surgeries to treat early cervical cancer are:
Chemotherapy:

Ms Cheryl Campbell from USA shares her experience of travelling to India for Medical Treatment.

My husband and I have experience of hospitals both in the US and UK. Finding safemedtrip.com has been a boon. The hospital in India is overall the very best we have experienced. The level of care is exceptional.

Every member of staff works as a dedicated member of a team to assist recovery. We were somewhat nervous about coming to India as we have never visited before, but we were never left unsure or uncomfortable about anything from the time we were picked up at the airport. The medical facilities and the room facilities were equally excellent. We informed about every step which made us feel in control of our situation. The staff was extremely forthcoming and communicative. A special word of thanks, to the Physiotherapist, who worked hard and motivated me to get back on my feet again without any pain. Were any of our family to need surgery again, with time to make a choice we would come here.