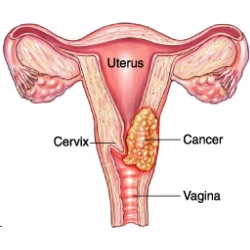 A premier cancer treatment institute in India, announced that its researchers have found an inexpensive way to screen for cervical  The procedure, involving use of vinegar, curbed the deaths caused by the cancer by 31 percent in a group of 1.5 lakh women.

“The disease is caused by infection with a virus called human papilloma virus (HPV) and is related to poor genital hygiene. The disease develops slowly and most women experience no symptoms until it reaches advanced stages when treatment is often unsuccessful. Cervical cancer is preventable if the disease is detected at early and treated in time. Cervical cancer incidence declined dramatically in high-income countries after introduction of organised population-based screening programmes using cervical cytology (Pap smear test),”

“However, Pap smear screening programme is difficult to implement because of logistic problems related to need for laboratory facilities and expert cytologists.”

Visual inspection of the cervix after application of 4 per cent acetic acid (VIA) is a low-cost alternative . However, efficacy of  VIA test, conducted by trained health workers, was yet to be ascertained. The researchers divided the participants into two groups: 75,000 women living in 10 clusters were allocated to the `screening group’ while another 75,000 women were allocated to the `control group’ Women in the `screening group’ were invited to a cancer education programme followed by VIA test 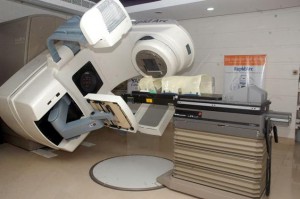 This group received four rounds of screening and cancer education every two years. Women in the `control group’ did not receive the VIA test but were given cancer education. The results showed that VIA screening is safe, feasible and “acceptable to Indian women”, as there was an “overwhelming participation”.

VIA test can prevent 72,600 deaths in “resource—poor” countries world—wide annually