Even though kidney cancer is a slow growing cancer in majority of cases, it behaves aggressively in some patients 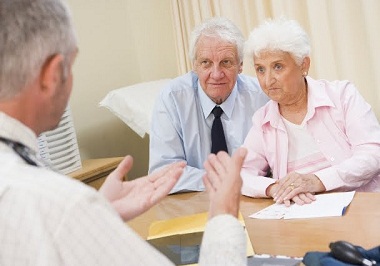 Kidney cancer comprises of three per cent of all cancers. The most common subtype is renal cell carcinoma. It is more commonly seen in USA than India. It is a slow growing cancer in majority of cases, but it behaves aggressively in some patients.

* The cause of kidney cancer is still unclear.

* However it is associated with certain environmental risk factors like smoking, exposure to cadmium, asbestos etc.

* It is seen to have hereditary/ genetic predisposition.

* It is more common in males, in older people between the ages of 60 and 70, and in individuals with lack of exercise and obesity.

* Some patients have weight loss unexplained fever, and features of hypercalcaemia (high calcium level in blood).

* In advanced stage disease patients may complain of pain in the bones, backache due to bone metastasis, cough/ breathing difficulty because of lung spread.

* Rarely, symptoms may include headache, vomiting, paralysislfits, and brain metastasis. Anaemia and fatigue may be symptoms in some cases.

Patients of kidney cancer need a complete staging work up to plan the line of management. Quite often it is a multidisciplinary approach which gives best results for an individual patient. It needs good physical examination along with complete blood tests like haemogram, blood chemistry, radiological imaging like ultrasound, CT scan, and MRI scan. Histological diagnosis is to be confirmed by FNAC/trucut biopsy.

Management of renal cell carcinoma has been revolutionised in recent  times especially in advanced stage/recurrent RCC.

* In the early stage (localised kidney tumour, not spread to distant organs in the body), it is managed better with radical surgery, which is curative in majority of patients.

* Radiation is one more modality of treatment that is advised in a very selective group of patients. * Kidney cancer (RCC) is considered as one of the radio resistant and chemoresistant cancers with very poor response. However till 1990, for advanced stage RCC, biologic therapy/immunotherapy (like Interferon/ Interleukin-2) along with chemotherapy had been used for a long time with limited benefit.

With all these newer targeted therapies patients are living much longer than before. Basic scientists have changed a physician’s approach to a difficult disease like kidney cancer. Newer targeted drugs seem to be more effective with acceptable side effects and better survival rates.

To know more about Kidney Cancer in India please visit this link : https://safemedtrip.com/medical-services/urological-treatment-in-india/laparoscopic-radical-nephrectomy-in-india.html