It’s Nearly Possible to “Shut off” Parkinson’s with a Flick of a Switch – Deep Brain Stimulation. 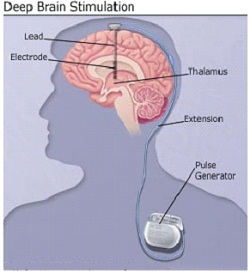 People with Parkinsonism suffer from tremors that hamper simple day to day things like taking spoon to the mouth, buttoning unbuttoning shirt, pressing the button of an elevator etc. But Deep Brain Stimulation (DBS), a neuro surgical procedure, can give a better sense of life to patients with severe Parkinson’s disease, neuro specialists have said.

They said that under this procedure doctors implant a medical device called a neurostimulator (brain pacemaker), which sends electrical impulses, through implanted electrodes, to specific parts of the brain (brain nucleus) for the treatment of movement and affective disorders.

Parkinson’s disease (PD) is a progressively degenerative disorder of the centralDeep Brain Stimulation (DBS), a latest neuro surgical procedure,works wonders for people suffering from Parkinson’s disease. It can actually help improve their quality of life by giving independence in day to day activities.

In this procedure doctors implant a medical device called a neurostimulator (brain pacemaker), by drilling holes in the patient’s skull. This stimulator sends electrical impulses, through implanted electrodes, to specific parts of the brain (brain nucleus) for the treatment of tremor, rigidity, stiffness, slowed movement, and walking problems which constitute the main problems in Parkinsonism. 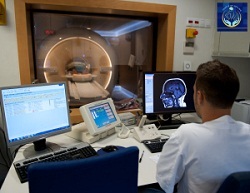 Parkinson’s disease (PD) is a progressively degenerative disorder of the central nervous system which affects the control of body movements.It generally affects people above 50 years of age who have a genetic predilection for this condition. It is a hereditary condition. There is no known cure for this disease but attempts are being made to find out ways to make their lives easier.

The DBS treatment is one such option offered to patients with severe form of the disease which affects the person from walking, eating, dressing and undressing.

DBS is also being offered to people with other forms of degenerative brain diseases such as Alzheimer’s and in some cases of depression also. The therapy is provided by top Neuro centered Hospitals in India with amazing results.