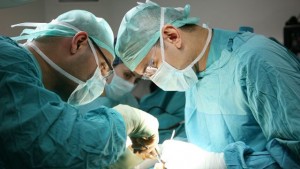 A ‘super-obese’ man from Uzbekistan weighing 156 kg got a new lease of life after a city hospital conducted a liver transplant on him in a complex 10-hour-long surgery, said to be first of its kind in India.

47-year-old Mamurkhon Botiroy, who was suffering from a chronic liver disease for the last two years, had a Body Mass Index (BMI) of 45. A person with BMI of 30 or more is considered to be obese.

Accumulation of 30 litres of fluids in his abdomen had further complicated the situation, doctors at the hospital said.

Botiroy’s wife Umida Ismatulloeva (43) donated a part of her liver for the purpose of transplantation. The surgery was performed on September 22 by a team of 12 doctors at the recently opened Liver and Digestive Diseases Institute (FELDI) of the hospital.

“The patient had gained a lot of weight due to intractable ascites (fluid accumulation in abdomen). He was suffering from morbid obesity,” said chief surgeon, who led the team of doctors.He said such liver transplant has never been performed in India on a person as obese as Botiroy. “It can well be said that the surgery is one of its kind and a pioneer in this field.”

According to surgeon, the only treatment for the illness was a liver transplant, but because of the associated factors, including previous abdominal surgeries, it became a “really high risk and complicated case”. 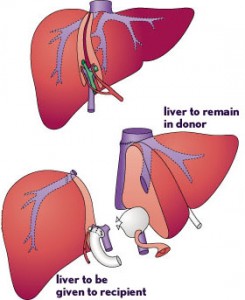 “There are very few such cases even in western medical literature. His CT scan was not possible because of his weight and size. We tried doing CT scan twice but it could not be done because of his size.He said that considering the complications involved, many hospitals had turned away the patient although the team at the hospital managed a successful surgery.

“It was very difficult and complicated surgery. There was 30 litres of ascites in his abdomen. A team of 12 doctors took 10 hours to complete his transplant. Currently both donor and recipient are doing well in ICU,” said chief surgeon.

The 120-bedded FELDI department was inaugurated last month. It includes transplant ICU and ICU dedicated to liver and digestive diseases with an extensive framework of specialised medical programmes and team of specialists.