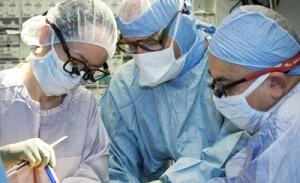 A breakthrough that will open the doors for incompatible liver transplants so far considered impossible, Indian capital’s  first was conducted successfully on  a 50-year old man.

The patient’s son donated liver for transplant which was received after some sophisticated medical procedures as initially the blood group of donor and receiver mismatched.

Till date people usually rely only on matching blood groups or cadaver donors (brain dead) for liver transplant. “It becomes difficult when patients do not find a compatible donor. The sophisticated techniques of incompatible liver transplant gives hopes to save many lives,” he said. 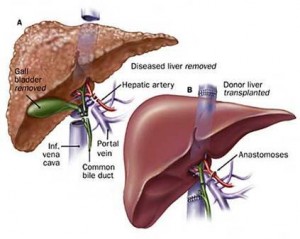 Both the recipient and donor have recovered from the transplant surgery. The patient said that he was feeling good and recovering well. “I feel that I have received a new life,”

The hospital claimed that this was the first case of incompatible blood group surgery in liver transplant in Noida city. So far the hospital has conducted 10 liver transplant surgeries in two months. Doctors said that change in lifestyle, excessive use of use of alcohol, and overweight leads to severe liver problem.