Esophageal cancer is cancer that occurs in the esophagus — a long, hollow tube that runs from your throat to your stomach. Your esophagus carries food you 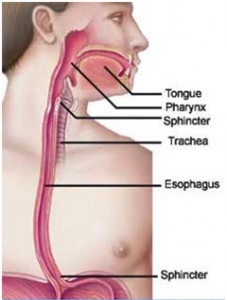 Early esophageal cancer usually does not cause symptoms. However, as the cancer grows, symptoms may include painful or difficulty in swallowing, weight loss and coughing up blood. Risk factors for developing esophageal cancer include: 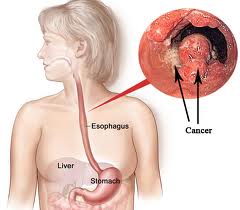 The Two most common forms of Esophageal Cancer are:

Surgery : Surgery is commonly used to treat esophageal cancer that has not spread beyond the esophagus and its surrounding lymph nodes. 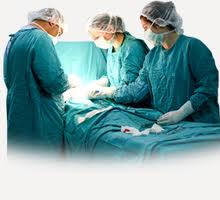 Photodynamic Therapy : A form of treatment that uses a photosensitizing agent, administered by mouth or intravenously, which concentrates selectively in certain cells, followed by exposure of the involved tissue to a special light (such as laser or ultraviolet light), in order to destroy as much of the abnormal tissue

For some early (small) cancers, the esophagus can be removed through several small incisions instead of 1 or 2 large incisions. The surgeon puts a scope (like a tiny telescope) through one of the incisions to see everything d 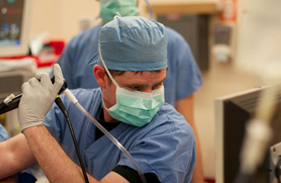 uring the operation. Then the surgical instruments go in through other small incisions. In order to do this type of procedure well, the surgeon needs to be highly skilled and have a great deal of experience removing the esophagus this way. Because it uses smaller incisions, minimally invasive esophagectomy may allow the patient to leave the hospital sooner and recover faster.

Occasionally, the surgeon is unable to do the procedure laparoscopically and must convert to open surgery in order to make it safer for you. In this case, you will have an incision in the middle of your abdomen and your recovery will be longer. To help prevent blood clots from forming in your legs during and after surgery, sequential compression stockings may be applied.

What is the Benefit of Minimally Invasive Esophageal Cancer Surgery?