Electronic Nose – Next generation technology which sniffs out prostate cancer ! 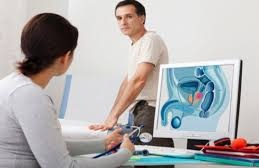 Recent developments in urology have enabled medical researchers from Finland to come up with a radical solution for detecting prostate cancer with a fairly new technology known as “Electronic Nose” or eNose. Given below is all you need to know about this next generation prostate cancer detection technique.

WHAT IS PROSTATE CANCER?

The symptoms of prostate cancer include the following: Etc.

HOW IS PROSTATE CANCER DETECTED

? PSA BLOOD TEST PSA stands for Prostate Specific Antigen and its blood test is used to suggest the presence of or monitor prostate cancer. PSA is basically a substance produced almost exclusively by certain cells within the prostate gland. If the PSA level is high for your age or is steadily increasing (with or without an abnormal physical exam), a biopsy may be recommended. The doctor should consider other risk factors of prostate cancer such as family history and ethnicity before recommending the biopsy.

The PSA test can be used together with physical exam results and tumor grade to help decide if other tests (such as CT scans or bone scans) are needed.

TRUS is often used to look at the prostate when a man has a high PSA level.

It is also used during a prostate biopsy to guide the needles into the right area of the prostate.

PROSTATE BIOPSY Prostate biopsy is a procedure in which small hollow needle-core samples are removed from a man’s prostate gland to be examined microscopically for the presence of cancer. It is typically performed when the result from a PSA blood test rises to a level that is associated with the possible presence of prostate cancer.

Prostate biopsy can cause a number of side effects which range from rectal pain to difficulty in urinating.

WHAT IS ENOSE? The electronic nose in an instrument that attempts to mimic the human olfactory system. Humans and animals don’t identify specific chemicals within odors; what they do is to recognize a smell based on a response pattern.

A traditional electronic nose has an array of chemical sensors, designed either to detect gases or vapours. These sensors are not tuned to a single chemical, but detect families of chemicals. Each one of these sensors is different, so when they are presented to a complex odor formed of many chemicals, each sensor responds differently to that odor. This creates a pattern of sensor responses, which the machine can be taught to recognize these smells.

HOW DOES ENOSE DETECT PROSTATE CANCER? A novel noninvasive technique can detect prostate cancer using an electronic nose. In a proof of principle study, the eNose successfully discriminated between prostate cancer and benign prostatic hyperplasia (BPH) by sniffing urine headspace (the space directly above the urine sample). Results using the eNose were comparable to testing for prostate specific antigen (PSA) levels.

The ChemPro 100–eNose developed by Environics( a Finland based firm) was tested on 50 patients who had a prostate cancer diagnosis confirmed by biopsy, and 15 patients with BPH. Both groups were scheduled for surgery.

The patients provided urine samples before surgery, and those with benign disease also provided samples 3 months after surgery to be used as a pooled control sample population. Patients with prostate cancer underwent robotic-assisted laparoscopic radical prostatectomy, and the benign disease group underwent transurethral resection of the prostate.

Results with the eNose confirmed that, using urine headspace, the eNose is able to discriminate prostate cancer from BPH.