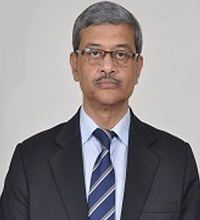 Professor Deepu Banerji brings to Fortis Hospital his 26 yrs of rich experience in Neurosurgery from some of the best Institutes in India. He did his MBBS and MS in General Surgery from GSVM Medical College Kanpur in 1978 and 1983 respectively. After completing his MCh from GB Pant Hospital [Delhi University] in 1986 he joined NIMHANS Banglore as Assistant Prof. In 1990 he joined SGPGIMS Lucknow as Associate professor and subsequently was promoted as Additional Professor in 1995 and Professor in 2003.

He did his fellowship as ‘ Sugita Fellow’ in microneurosurgery from Nagoya University Japan in 1994. He has been visiting Fellow to Shinshu Univ, Japan, Mount Sinai Hospital New York & Michigan Univ, Ann Arbor. He has been involved in the development of Neurosurgery at National Neuroscience Center, Calcutta under Foundation of International Education In Neurosurgery [2000-2001] and Bombay Hospital Indore from 2003 – 2005. He has done more than 5000 Brain and Spinal Surgeries.

Check out other leading Spine Specialists in India…Click Here