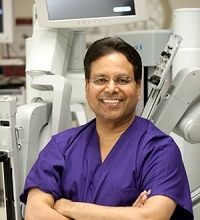 Dr. Sudhir Prem Srivastava, has is amongst most respected specialists in India and has worked for more than two decades at leading global hospitals perfecting the craft of Cardiothoracic Surgery. While in the United States, Dr. Srivastava gained the reputation by his colleagues of being an excellent surgeon for his tireless efforts to expand the frontiers of Cardiac Surgery. Already being known as a highly skilled conventional surgeon, Dr. Srivastava was intent on finding a better way to treat his patients outside of the conventional ‘open’ approaches. He persisted in finding a way so that the recovery time and pain incurred would both be reduced for the patient.

He soon became a pioneer in Minimally Invasive Surgery when he devised the Thoracab approach. This technique was the first step away from the traditional method of splitting the chest. His approach allowed him to operate on the heart in a space between the ribs. When Intuitive Surgical sent the daVinci robot out for cardiac clinical trials, Dr. Srivastava was at the top on their most wanted list. He conducted the clinical trials for Cardiac Bypass surgery, referred to as TECAB (Totally Endoscopic Coronary Artery Bypass) and at the conclusion of the trials was found to have extremely excellent results. The FDA soon approved the TECAB procedure for use in the United States and this launched Dr. Srivastava into his practice where he became a world renowned robotic cardiac surgeon and pioneer in his field. Shortly thereafter, Dr. Srivastava along with many other physicians launched a $57 Million dollar hospital project in the West Texas town of Odessa, Texas. Alliance hospital was the training ground where Dr. Srivastava taught his techniques to dozens of surgeons from around the world who also wanted to change the ways in which they operated.

To this day, Dr. Srivastava is known to have trained many of the best robotic heart surgeons in the world. It was at Alliance Hospital where Dr. Srivastava achieved many ‘world’s first’ operations in performing a double and triple bypasses on a beating heart in a totally closed chest setting. He became well known for being able to do very complex cardiac surgical procedures utilizing the da Vinci robot and was often referred to as Dr. Robot amongst his peers who admired him greatly for his enthusiasm and encouragement for the surgeons to adopt the robotic platform.

In an effort to spread the awareness of his techniques, in 2007, Dr. Srivastava joined the esteemed University of Chicago where he served as the Chief of Minimally Invasive and Robotic Cardiac Surgery. He was successful in launching the program at the University while still training surgeon from around the world who were sincere in learning. It was here where Dr. Srivastava did the world’s first Quadruple Bypass on a beating heart utilizing robotic assistance and to this day no one has done the same. During his time in Chicago he became well known again for being an excellent surgeon and had many write-ups from national newspapers during his stay there. He then launched the International College of Robotic Surgery at Saint Joseph’s Hospital in Atlanta, Georgia.

The International College of Robotic Surgery took training directly into the 21st century. Now, surgeons had many options if they chose to undergo training in robotic cardiac surgery. Dr. Srivastava utilized high speed connections to broadcast his cases to surgeons and tele-mentored many surgeons who were at the beginning stages of their programs. Dr. Srivastava organized a true training website where cardiac surgeons could log in and see didactic training modules which would inevitably aid them is lessening their learning curves. The International College of Robotic Surgery was successful in its mission to train surgeons from around the world from a single location. During his time in the US, Dr. Srivastava brought dozens of surgeons to proficiency and many became world pioneers in their own right utilizing a variety of techniques once on the robotic platform. The message was clear, in medicine one should not stagnate, one must always pursue perfection. After launching a very successful program in Atlanta, and after having had a very successful career in the United States, Dr. Srivastava turned his gaze back towards India in hopes of achieving his vision.

It has always been a dream for Dr. Srivastava to offer his service through medicine to India. During the early years of his practice in Texas, Dr. Srivastava along with his entire surgical team, brought with them all necessary equipments, and for years provided free surgeries at the Sathya Sai Hospital in Puttaparthi, A.P. Throughout his evolution as a surgeon, Dr. Srivastava was constantly teaching his fellow colleagues in India and in 2002 he performed the first robotic surgery in the subcontinent. Since then he has hosted many Indian surgeons back in the US who have been enthusiastic about training. But in order for the programs to flourish in India, and to utilize the full talents of many gifted Indian surgeons, there had to be a mentor on the ground to further mature their training.

In July 2010, Dr. Srivastava joined Fortis Healthcare to provide the best possible surgery for Indian patients. It is his vision to offer patients the best alternative to traditional surgery not just in the field of Cardiothoracic, but in the fields of Urology, Gynaecology, General, Head and Neck, and Orthopaedic surgeries as well. Through the Fortis – International Centre for Robotic Surgery, Dr. Srivastava has organized many world-class surgeons from every surgical specialty to come on a rotational basis to Fortis Medical centres throughout India and train local Indian surgeons to proficiency. There is no other organization in the medical world where a team of world renowned robotic surgeons from every field train others to expertise. Dr. Srivastava has performed more than 1250 robotic surgical procedures and the experts at the International Centre for Robotic Surgery (ICRS) have a collective experience of over 15,000 cases.

Dr. Srivastava believes that, as India is at the forefront of so many global arenas, with the amount of already existing talent in the country, there is no reason why India should not be at the forefront in medicine. Dr. Srivastava believes that with this partnership with Fortis, and with the success of this project, India will stand alone, distinguished as first in the field of surgery. In addition, to be able to widely incorporate and teach robotic surgery in India, across every surgical field, would create an exponential growth in the medical tourism sector and would send a message to the world about the standard of care in India. In an effort to bring this vision to India, to change the face of medicine in the country, to achieve better patient outcomes and quicker returns to daily activities,

If you are unable to submit this form, ​​please Email or WhatsApp the medical reports to us.

Get Free Consultation From Top Doctors In India On WhatsApp
Use your Smartphone and take a picture of the patient’s medical reports with your phone camera and send to us by
WhatsApp on +91 98 9999 3637
Expert Medical Opinion and Treatment Estimate shall be sent with 48 hours. It’s a Free, No-Obligation Service from SafeMedTrip.com
Click Here to Call Us or Message Us on WhatsApp

Once you Decide, We help to Schedule appointments, Apply for Medical Visa, Airport Pick up, Post Hospital Stay 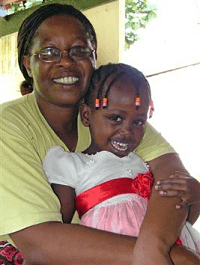 My child was discovered as hearing deficient just after she was born. We consulted the best doctors in our home country and they were of the opinion that Cochlear Implant surgery was required and it was not available in Kenya. Then I started to search for hospitals outside my country for the treatment. The hospitals in America charged a huge amount for the treatment which was beyond my reach. Then one of my friends told me about India. He told that there are good hospitals and doctors in India and the cost is low.

I searched on the internet and I found SafeMedTrip website. I filled up the form on the website. I got a call from the case manager and she told me to send the medical reports.

I sent the reports by mail and the case manager got back to me with the opinion doctor and the treatment package. She was very kind and explained me in detail about the package and traveling to India for Cochlear Implant Surgery. The quote was affordable to me and I was satisfied with the profile of the treating doctor. The case manager helped me with the passport, visa and the air tickets which saved a lot of my time.

On the day we arrived in India, people from SafeMedTrip came to receive us at the airport. They took us directly to the hospital and to our surprise a room was already booked for us and was kept ready. All our admission formalities were done in the room and we were made comfortable. I had never seen such caring services in hospitals back home in my country. My child was seen by a team of doctors the next day and a series of tests were carried out. The surgery was planned and it went on successfully. Doctors were great and very polite. They explained everything very clearly.

We stayed in India for almost 8 weeks after the surgery for speech training and follow up. Overall it was a great experience. My Child is doing well and I am extremely grateful to the doctors. I thank everyone who helped me and my child at every step.

All staff nurses and doctors are very attentive. Always available, kind and considerate. My stay during treatment in India was very comfortable. Will recommend for sure." Thanks you all and God bless you !