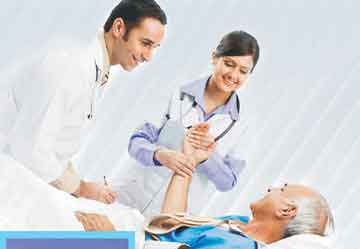 A 52-year-old man suffered from Idiopathic Parkinson’s disease in 2004. He had symptoms like slowness of movement, tremor and rigidity and stiffness in all his limbs. Initially, the symptoms were mild and he easily responded to the medicine. But, as often happens in patients suffering from Parkinson’s disease, his ailment increased to such a degree over the years that even on very high doses of medications, he had no relief. He developed severe drug-induced abnormal movements/ dyskinesia and was incapacitated.

Considered to be a fit case for Deep Brain Stimulation (DBS) surgery by very experienced Neuro Surgeon in India, which involves computer-guided placement of two electrodes into a deep nucleus inside the brain on both sides, called the Sub-thalamic Nucleus, through two small holes made on either side of the skull, the patient underwent Deep Brain Stimulation surgery. Safemedtrip.com also gives access to its best neurosurgery hospitals in India which are highly advanced and fully equipped with latest technology equipments to treat those patients who are suffering from Parkinson’s disease, Chronic Pain, Tremor and Dystonia- Deep Brain Stimulation (DBS).

For DBS the patient had to remain awake all through the surgery as he was asked to move his limbs to see whether his stiffness was responding to the stimulation or not. Once it was confirmed that the electrodes had indeed reached the Sub-thalamic Nucleus, he was put under anaesthesia and the electrodes were connected to a pacemaker placed just below the collarbone on the left side.

Today, the patient is leading a normal life. His involuntary movements have stopped and his medications have been drastically reduced. In this highly competitive world it becomes very difficult for a patient to afford high surgery costs but in India at Safemedtrip.com the patients can easily find medical solutions to their problems solved by highly efficient and trained surgeons & doctors that too, at very affordable cost.

After performing the surgery the neuro surgeon said that, “The success of DBS procedure lies in proper selection of patients, meticulous placement of electrodes, careful internal pacemaker implantation and skilful post-operative pacemaker programming.” This procedure is available at all world class super specialty hospitals in India affiliated with Safemedtrip.com.

He further said unlike the previous generation pacemakers, which required to be changed by an expensive operation every 4-5 years, the pacemaker which was implanted in this patient is a rechargeable one which means that the battery can be re-charged just by placing an antenna on the surface of the skin below which the pacemaker is implanted and connecting the antenna to a power source while he watches television or relaxes. This leads to heavy reduction in cost.