Men who drink at least six or more cups of coffee a day may be cutting their risk for advanced prostate cancer by 60 percent, new research suggests. 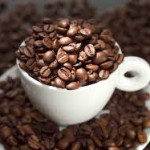 This is the first large study looking specifically at the relationship between coffee and metastatic prostate cancer. This is an exciting finding, because there aren’t many modifiable risk factors for prostate cancer.

A definite cause-and-effect link is still far from proven, experts say, and just how coffee might help thwart prostate malignancy isn’t clear. There are a lot of compounds in coffee that have various biological effects. It’s a major source of antioxidants and that might have anti-cancer effects,” said Wilson, a research fellow in epidemiology at the Harvard School of Public Health, Boston. “Also, coffee seems to have effects on insulin and has been associated with a lower risk of type 2 diabetes. In addition, insulin is thought to play a role in many cancers, including prostate cancer.Compounds in coffee also have an impact on sex hormone levels, according to the study.

Prostate cancer (PCa) patients who drink at least one cup of coffee per day may experience a significantly decreased risk of PCa recurrence or progression after treatment or while on active surveillance, researchers reported online ahead of print in Cancer Causes and Control.

In a study of 630 men aged 35-74 diagnosed with PCa , drinking one cup of coffee per day was associated with a 56% decreased risk of recurrence or progression compared with drinking one cup or fewer per week, in adjusted analyses. Drinking four or more cups per day and two to three cups per day was associated with a 59% and 28% decreased risk, respectively. 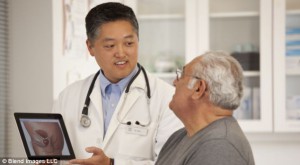 For men diagnosed with prostate cancer who are already consuming coffee, we would suggest that they continue to drink coffee as it may reduce their risk of recurrence/progression. For men who do not drink coffee, it is not possible to recommend that they start drinking coffee based on results from our observational study, especially as some of these men may have medical conditions that could be exacerbated by caffeine or coffee intake. The latter patients should consult with their physicians as to whether it would be okay for them to drink a cup of coffee a day.

This new findings appear to confirm earlier research showing a protective effect of coffee drinking in men. Therefore, the investigators say that while the field is waiting for a randomized, controlled trial of coffee consumption, urologists can proceed on the assumption that it can be beneficial for some men. 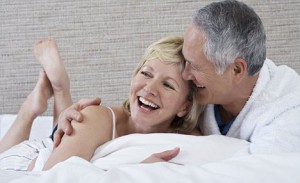 More coffee was drunk by whites, men who were former or current smokers, and those who also consumed alcohol. Regular exercisers and tea drinkers had lower coffee consumption.The team also evaluated tea drinking and found no significant difference in risk at various levels of consumption. However, the cohort had few regular tea drinkers, and the highest category of consumption was defined as one or more cups per day.Earlier research had also uncovered a PCa-protective effect of coffee drinking, particularly related to the non-caffeine components of the beverage.