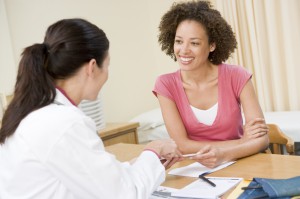 Cervical cancer once a lesser known disease entity among women is now the major cause of female deaths around the world. The cancer contribute to nearly one third of the deaths due to cancer world over. Approximately 1.32 lakh cases are diagnosed on an average every in India alone and 74000 annual deaths have been reported. The main reason for such a high mortality is the delay in diagnosis of the condition. Lack of disease specific symptoms make it difficult for the patient to reach for help in time.By the time the patient approaches the doctor and the condition is diagnosed, it’s too late.

What is cervical cancer and what causes this disease? 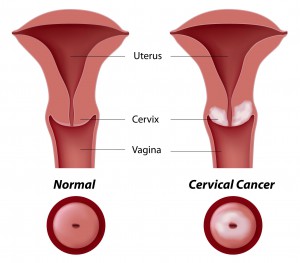 Internal opening of the uterus is called the cervix. Cervical cancer is the cancer of the cervix. HPV or human papilloma virus is the causative agent which spreads through sexual contact. The virus can be contracted at any time and can present symptoms of the disease very late.

Women who become sexually active early in life and have multiple partners are more prone to this cancer.Though females above the age of 15 years are vulnerable to the condition, generally women in the age group of 50-55 years seem to be more affected as seen in a survey conducted in India. If detected at a precancerous stage, the cancer is completely curable.

How to detect the cancer? What are its signs and symptoms?

Pelvic pain or pain during intercourse, bleeding between periods, post-menstrual bleeding and discharge with an unpleasant odor or tinged with blood, from the vagina and lower abdomen pain and weight loss etc. some symptoms which can indicate cervical cancer. Multiple pregnancies, use of contraceptives for more than 5 years continuously and tobacco consumption are some risk factors. Low immune status causes faster spread of the cancer in the body.

What is the treatment?

Treatment consists of surgical removal of uterus along with the surrounding lymph nodes followed by aggressive chemotherapy, radiotherapy to destroy any cancer cells present in the body. Removal of uterus makes it impossible for women to bear children.

What are the screening techniques and preventive methods?

Safemedtrip affiliate hospitals undertake screening of women above the age of 30 years for early detection of the disease. • Pap smear once a year is advised for all women above the age of 30 years. • HPV test done by taking scrapings from the cervix is an accurate test advisable for women over 30 years of age. • Colposcopy provides magnified image of the cervix and its tissues and cellular structure. Any abnormality can be detected immediately. • VIA or visual inspection of cervix after application of 4% acetic acid (vinegar) is a very economical test that can be carried out for screening of cervical cancer in rural women or those with low socioeconomic status. The efficacy of this test has been scientifically tested and proved. • Vaccine for the prevention of cervical cancer are available at all major hospitals affiliated to Safemedtrip. It should be given to all women between 9-45 years of age. But yearly screening must be done irrespective of the immunization status. • Use of condoms, having less sexual partners and maintaining hygiene of the private parts are some other ways to reduce the risk of this cancer.

Awareness is the key to nip the cancer in the bud and prevent deaths due to cervical cancer.

To know more about Cervical Cancer Treatment in India please visit this link :