Cancer Cure May Be Possible In Future, For Now We Need Better Cancer Treatment and Prevention 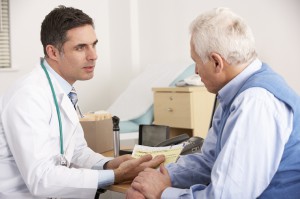 Decades into the declared modern war on cancer, scientists and clinicians are excited by what we are learning. Yet patients and families are too often frustrated by the lack of progress in prevention and treatment.

There is tremendous hope for the future, both in decreasing an individual’s lifetime risk of getting cancer and in increasing the success of treating those cancers that do arise.

Most people don’t acquire a significantly higher risk of cancer from the genes that they inherit from their parents. Instead, cancer arises as a result of copying errors (mutations) in the inherited genes, as our bodies make new cells to maintain our various organs. According to research, it suggested that these errors are an inevitable consequence of trying to copy three billion bits of information as a cell divides.

That may be true, but it doesn’t mean getting cancer is inevitable. The fastest and most extensive rates of cell division occur when we are developing as embryos. Billions upon billions of cells are produced each day, yet cancer in newborns is exceedingly rare. In contrast, cell division in each of our tissues slows as we grow older, while the incidence of cancer increases with age.

What accounts for this discrepancy? One overlooked factor is that during pregnancy, both the mother and the placenta protect the developing embryo from environmental exposure. In contrast, we constantly put ourselves in harm’s way as we age. We are exposed to viruses and bacteria that damage our tissues. And it isn’t just invading pathogens that wreak havoc; we do most of the damage ourselves. Through sunburns, smoking, environmental pollutants and overeating, we constantly damage our tissues, forcing restorative cell proliferation to occur in a war zone of damage. 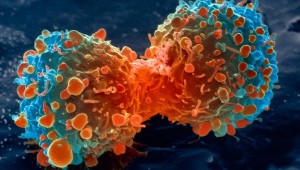 It is in this inhospitable environment that most cancers arise. We have known for some time that many of these environmental exposures damage DNA, making it harder to copy and resulting in more mutations as cells divide. During regeneration of damaged tissue, the rest of the body pitches in to keep every cell in the damaged tissue alive.

Not just the healthy cells, but also the ones that have acquired mutations that render them unfit. Our immune system, which usually detects and destroys cells with excess mutations, is turned off. The body produces growth factors that stimulate the survival of cells with deleterious mutations, and our habit of overeating maintains an excess supply of nutrients that compounds the damage.

These are scientific facts we didn’t appreciate even a decade ago. But how can this information be harnessed into better cancer treatment and prevention?

Some of it is clear. Don’t smoke, use sunscreen, avoid unnecessary radiation exposure, get vaccinated.

To know more about Cancer Treatment in India, please visit this link :
https://safemedtrip.com/medical-services/cancer-treatment-in-india.html