A team of scientists in McGill University in Canada are one step closer to developing a blood test that accurately detects breast cancer at very early stages.  This may be a breakthrough and this new development they say could make mammography screening obsolete.  The team has also mentioned that they have made improvements to the existing technology while discovering a biomarker “signature” for a common subtype of breast cancer – which is estrogen receptor-positive. The findings are from sampling the blood of a group of healthy people and breast cancer patients.  And the samples were measured for the concentration of 32 proteins in the blood samples. Using the latest in microarray technology the team found that out of the 32 proteins, six could be used to establish a signature for the hormone receptor-positive cancer. 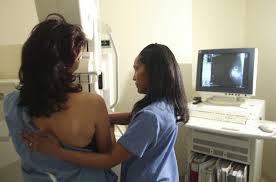 David Juncker, leading the study, said, “Mammography is slow and expensive, and it’s is uncomfortable.  So, here the idea is you could do a test in a droplet of blood, and it could be more accurate than a mammograph.”  “From this small study we cannot really make the claim, but the hope is that this could become more accurate,” Juncker said. Mammography does not work well for women with dense breasts and thus many young and African American women are actually not well served by the screening.”  So this test could be complementary and more sensitive,” Juncker said.