What is cervix cancer? 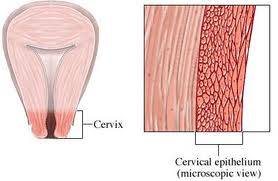 Cervical cancer is a type of cancer that occurs in the cells of the cervix — the lower part of the uterus that connects to the vagina. Various strains of the human papillomavirus (HPV), a sexually transmitted infection, play a role in causing most cases of cervical cancer.  When exposed to HPV, a woman’s immune system typically prevents the virus from doing harm. In a small group of women, however, the virus survives for years, contributing to the process that causes some cells on the surface of the cervix to become cancer cells.  The death rate from cervical cancer is declining, thanks in part to screening. Doctors hope a vaccine may prevent most cases of cervical cancer in the future.

A very common early symptom is abnormal vaginal bleeding. This cancer is mostly reported in women who are in their 30s or 40s. If cervical cancer is diagnosed at an early stage, there is a good chance of a cure. Regular cervical screening tests can select ‘pre-cancer’, which can be treated before cancer develops.

What is important is that you promptly report any abnormal vaginal bleeding (bleeding in between periods, heavy periods, bleeding after intercourse) or vaginal discharge to a doctor.

Adenocarcinoma cervical cancer is less common. This develops when a glandular cell (a cell that makes mucus) within the cervical canal, becomes cancerous. Both types are diagnosed and treated in a similar way. Most cases develop in women in their 30s or 40s. While some cases develop in older women, it is rare in women under 25 years. 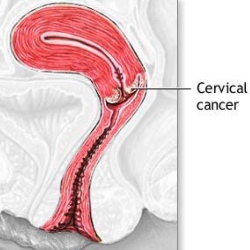 Women should know about and be offered regular cervical screening tests. The test involves scraping cells from the surface of the cervix, for laboratory examination. Dyskaryotic cells are seen in some cases, which means that some cells of the cervix are abnormal, but are not cancerous. Depending on the degree of the abnormality of the cells, cervical dysplasia are classified as:

Mild – this is when there are only slight cell changes. This is sometimes called CIN 1 (cervical Intra-epithelial Neoplasia) Moderate (or CIN 2)

Severe (or CIN 3). This is when teh cells are very abnormal, but are still not cancerous. 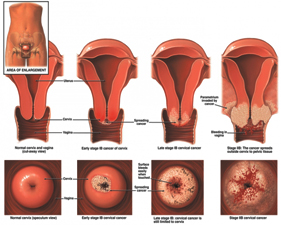 A cervical tumour starts from one abnormal cell. The exact reason why a cell becomes cancerous and multiplies ‘out of control’ is still unclear. The initial ‘pre-cancerous’ abnormality of cervical cells is usually caused by a prior infection with Human Papilloma Virus (HPV)

Smoking: Smokers are more likely than non-smokers to develop certain cancers, including cervical cancer. If you smoke and have HPV infection, the risk is compounded.

Symptoms of cervical cancer Women may have no symptoms when the tumour is small. As the tumour becomes larger, in most cases the first symptom to develop is abnormal vaginal bleeding such as:

An early symptom in some cases is a vaginal discharge that smells unpleasant, or discomfort or pain during sex. In time, if the cancer spreads to other parts of the body, various other symptoms can develop.

All of the above symptoms can be caused by various other common conditions. If a woman develops any of these symptoms, she should have it checked by a doctor. 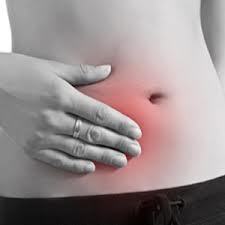 Diagnosis and assessment of cervical cancer

A doctor will usually do a vaginal examination if a woman has symptoms which may indicate cervical cancer. The doctor may feel an abnormal cervix.If cervical cancer is suspected, a colposcopy (a more detailed examination of the cervix) is advised. For this test a speculum is gently put into the vagina so the cervix can be seen in detail using a magnifier (colposcope) The test takes about 15 minutes. During a colposcopy it is usual to take a small piece of tissue from the cervix. The biopsy sample is then examined under a microscope to look for cancer cells.