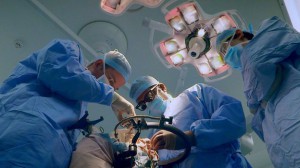 ttling cancer may have found a breakthrough treatment, thanks to an unorthodox procedure involving mice. A talkative kid who loves sports, has been battling a rare form of bone cancer since he was 6. The cancer forced a shoulder blade replacement, and he has been in and out of chemotherapy.

When the cancer recently reoccurred, the boy’s parents dared do what most cannot: they paid a lab to inject mice with pieces of their son’s tumor to see which drug combinations, if any, would work on the mice 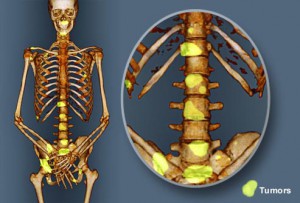 . One did, and later on the boy, too. His tumors are now shrinking and his cancer cells are dying. His mother was thrilled. It was just what she wanted to hear, that there was something out there, if needed, that worked on his specific tumor.”

The methods used on the boy highlight a growing belief among researchers that the best way to fight cancer is to customize treatment to the patient’s genetic makeup. But whatever is saving the boy’s life is not without side effects or cost: his hands are covered with an itchy rash and one that was so painful on his feet, he had to rely on a wheelchair to get around. The lab work that identified the healing formula is bit expensive.

The boy’s father says, one has money in the bank. The worst that could happen is that one looses the money

. The best that could happen is he’s cured from cancer. The boy’s parents signed a paper saying if it works for him, it could be tied on other kids. That’s how cures happen.

The boy has lost his hair again and is tired after treatment, but still manages to do well in school and play town soccer and lacrosse. He remains a beacon of optimism with a child’s impatience. The child just wants to be done away with this and go on with his life.